Ema Bhel's planet bracelets are unique and authentically created by the artist with Love always.

Composed with gemstones only, they symbolize a true Love declaration to the planet Earth embodied by Gaïa.

Used in Lithotherapy and in Feng-Shui because of their healing virtues, the gems provide before all a powerful source of energy at the same time esthetic and hypnotic which represents a deep soothing balm for both the Heart & the Soul.

To wear without moderation to raise the positive vibrations for oneself and beyond...

Love & Light for ever.

WATER : the water of Easter, a tap water, must be collected before sunrise, the day of the Resurrection of the Christ. We say that this running water, picked according to the former rites, possesses the power to cure the cutaneous diseases and to relieve number of troubles.

ASHES: the ash is the substance of the " incorruptible body " or " diadem of the heart ", the " paradoxical simplicity of the self-knowledge ".

To be reborn from ashes, such as the phoenix, implies that the spark of life is always present in the ash. It is thus indestructible and allows the regeneration. The fire hidden under the ashes is incorruptible.The Indian ascetics cover their body of wet ash representing the food of the god of Fire.

The ash is associated with the yang principle, the sun, gold and the fire, as well as drought. In certain rites, the ash is used to obtain the rain. The fire symbolizes the Spirit, the male principle whereas the water symbolizes the Soul, the feminine principle.

FIRE: the fire which smolders under the ash is hidden and alludes to the invisible life which is sacred.

The fire represents the purification by the understanding, until its most spiritual form, by the light and the truth. The water symbolizes the purification of the desire leading to its most sublime form: kindness . The fire is purificatory and regenerative. Symbolically, the purificatory fire allows a passage in eternity. The Taoists enter fire (without burning) to release themselves from the human packaging." The man is fire ", says saint Martin: his law like all fires is to dissolve (the envelope) and to unite with the source from which he is separated. The Buddhism indicates a more internal design: I instigate a flame in me, my heart is the hearth, the flame is the true self being tamed.

Not leave for tomorrow what can be done today because :

'To show the example is not the best way of convincing, it is the only one'. GANDHI

George Ivanovich Gurdjieff was one of the most influential spiritual teachers of the twentieth century. In his youth years, he took part in expeditions in Eastern countries searching ancient teachings. And it's this knowledge and this experience of self-control or internal development acquired there he transcribed in a language accessible to Western people. He called this discipline 'The fourth way' as it differs from the three traditional ways of the Fakir, the monk, and the Yogi.

The purpose of the fourth way is therefore to break free from the power of our automation and our unconsciousness and to raise the consciousness.

Gurdjieff movements or sacred dances are much more that a simple dance technique, it is a real way back to oneself, through a meeting between immobility and dance. They are very useful to learn to focus and to integrate meditation into daily life.

'One of the best ways to raise inner work in oneself is to understand that you can die at any time.' G.I.Gurdjieff 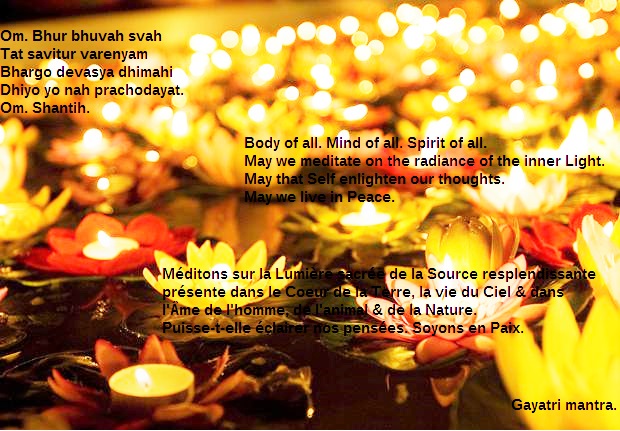